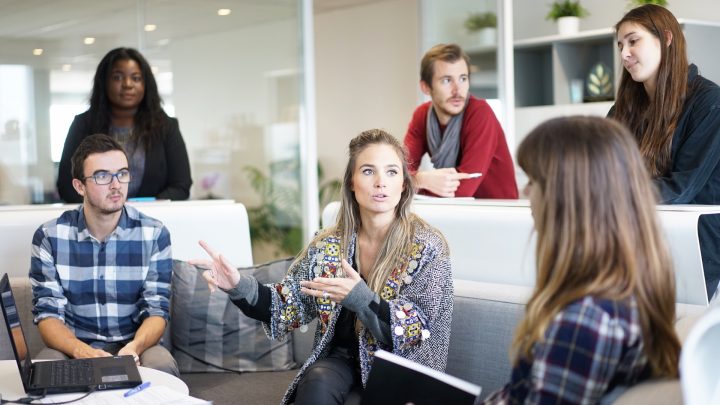 Sports have been among some of the most popular and lucrative media plays in the world, luring broadcasters, advertisers and consumers to fork out huge sums to secure the chance to watch (and sponsor) their favorite teams and athletes.

That content, unsurprisingly, also typically costs a ton of money to produce, narrowing the production and distribution funnel even more. But today, a startup that’s cracked open that model with an autonomous, AI -based camera that lets any team record, edit and distribute their games, is announcing a round of funding to build out its business targeting the long tail of sporting teams and fixtures.

Veo Technologies, a Copenhagen startup that has designed a video camera and cloud-based subscription service to record and then automatically pick out highlights of games, which it then hosts on a platform for its customers to access and share that video content, has picked up €20 million (around $24.5 million) in a Series B round of funding.

The funding is being led by Danish investor Chr. Augustinus Fabrikker, with participation from US-based Courtside VC, France’s Ventech and Denmark’s SEED Capital. Veo’s CEO and co-founder Henrik Teisbæk said in an interview that the startup is not disclosing its valuation, but a source close to funding tells me that it’s well over $100 million.

Teisbæk said that the plan will be to use to the funds to continue expanding the company’s business on two levels. First, Veo will be digging into expanding its US operations, with an office in Miami.

Second, it plans to continue enhancing the scope of its technology: The company started out optimising its computer vision software to record and track the matches for the most popular team sport in the world, football (soccer to US readers), with customers buying the cameras — which retail for $800 — and the corresponding (mandatory) subscriptions — $1,200 annually — both to record games for spectators, as well as to use the footage for all kinds of practical purposes like training and recruitment videos. The key is that the cameras can be set up and left to run on their own. Once they are in place, they can record using wide-angles the majority of a soccer field (or whatever playing space is being used) and then zoom and edit down based on that. 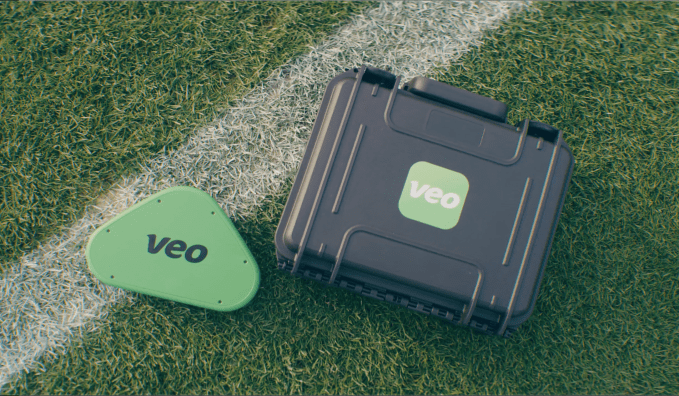 Now, Veo is building the computer vision algorithms to expand that proposition into a plethora of other team-based sports including rugby, basketball and hockey, and it is ramping up the kinds of analytics that it can provide around the clips that it generates as well as the wider match itself.

Even with the slowdown in a lot of sporting activity this year due to Covid — in the UK for example, we’re in a lockdown again where team sports below professional leagues, excepting teams for disabled people, have been prohibited — Veo has seen a lot of growth.

The startup currently works with some 5,000 clubs globally ranging from professional sports teams through to amateur clubs for children, and it has recorded and tracked 200,000 games since opening for business in 2018, with a large proportion of that volume in the last year and in the US.

The Covid-19 pandemic has indeed altered the playing field — literally and figuratively — for sports in the past year. Spectators, athletes, and supporting staff need to be just as mindful as anyone else when it comes to spreading the coronavirus.

That’s not just led to a change in how many games are being played, but also for attendance: witness the huge lengths that the NBA went to last year to create an extensive isolation bubble in Orlando, Florida, to play out the season, with no actual fans in physical seats watching games, but all games and fans virtually streamed into the events as they happened.

That NBA effort, needless to say, came at a huge financial cost, one that any lesser league would never be able to carry, and so that predicament has led to an interesting use case for Veo.

Pre-pandemic, the Danish startup was quietly building its business around catering to the long tail of sporting organizations who — even in the best of times — would be hard pressed to find the funds to buy cameras and/or hire videographers to record games, not just an essential part of how people can enjoy a sporting event, but useful for helping with team development.

“There is a perception that football is already being recorded and broadcast, but in the UK (for example) it’s only the Premier League,” Teisbæk said. “If you go down one or two steps from that, nothing is being recorded.” Before Veo, to record a football game, he added, “you need a guy sitting on a scaffold, and time and money to then cut that down to highlights. It’s just too cumbersome. But video is the best tool there is to develop talent. Kids are visual learners. And it’s a great way to get recruited sending videos to colleges.”

Those use cases then expanded with the pandemic, he said. “Under cornavirus rules, parents cannot go out and watch their kids, and so video becomes a tool to follow those matches.”

‘We’re a Shopify, not an Amazon’

The business model for Veo up to now has largely been around what Teisbæk described as “the long tail theory”, which in the case of sports works out, he said, as “There won’t be many viewers for each match, but there are millions of matches out there.” But if you consider how a lot of high school sports will attract locals beyond those currently attached to a school — you have alumni supporters and fans, as well as local businesses and neighborhoods — even that long tail audience might be bigger than one might imagine.

Veo’s long-tail focus has inevitably meant that its target users are in the wide array of amateur or semi-pro clubs and the people associated with them, but interestingly it has also spilled into big names, too.

Veo’s cameras are being used by professional soccer clubs in the Premier League, Spain’s La Liga, Italy’s Serie A and France’s Ligue 1, as well as several clubs in the MLS such as Inter Miami, Austin FC, Atlanta United and FC Cincinnati. Teisbæk noted that while this might never be for primary coverage, it’s there to supplement for training and also be used in the academies attached to those organizations.

The plan longer term, he said, is not to build its own media empire with trove of content that it has amassed, but to be an enabler for creating that content for its customers, who can in turn use it as they wish. It’s a “Shopify, not an Amazon,” said Teisbæk.

“We are not building the next ESPN, but we are helping the clubs unlock these connections that are already in place by way of our technology,” he said. “We want to help help them capture and stream their matches and their play for the audience that is there today.”

That may be how he views the opportunity, but some investors are already eyeing up the bigger picture.

Vasu Kulkarni, a partner at Courtside VC — a firm that has focused (as its name might imply) on backing a lot of different sports-related businesses, with The Athletic, Beam (acquired by Microsoft), and many others in its portfolio — said that he’d been looking to back a company like Veo, building a smart, tech-enabled way to record and parse sports in a more cost-effective way.

“I spent close to four years trying to find a company trying to do that,” he said.

“I’ve always been a believer in sports content captured at the long tail,” he said. Coincidentally, he himself started a company called Krossover in his dorm room to help somewhat with tracking and recording sports training. Krossover eventually was acquired by Hudl, which Veo sees as a competitor.

“You’ll never have the NBA finals recorded on Veo, there is just too much at stake, but when you start to look at all the areas where there isn’t enough mass media value to hire people, to produce and livestream, you get to the point where computer vision and AI are going to be doing the filming to get rid of the cost.”

He said that the economics are important here: the camera needs to be less than $1,000 (which it is) and produce something demonstrably better than “a parent with a Best Buy camcorder that was picked up for $100.”

Kulkarni thinks that longer term there could definitely be an opportunity to consider how to help clubs bring that content to a wider audience, especially using highlights and focusing on the best of the best in amateur games — which of course are the precursors to some of those players one day being world-famous elite athletes. (Think of how exciting it is to see the footage of Michael Jordan playing as a young student for some context here.) “AI will be able to pull out the best 10-15 plays and stitch them together for highlight reels,” he said, something that could feasibly find a market with sports fans wider than just the parents of the actual players.

All of that then feeds a bigger market for what has started to feel like an insatiable appetite for sports, one that, if anything, has found even more audience at a time when many are spending more time at home and watching video overall. “The more video you get from the sport, the better the sport gets, for players and fans,” Teisbæk said.